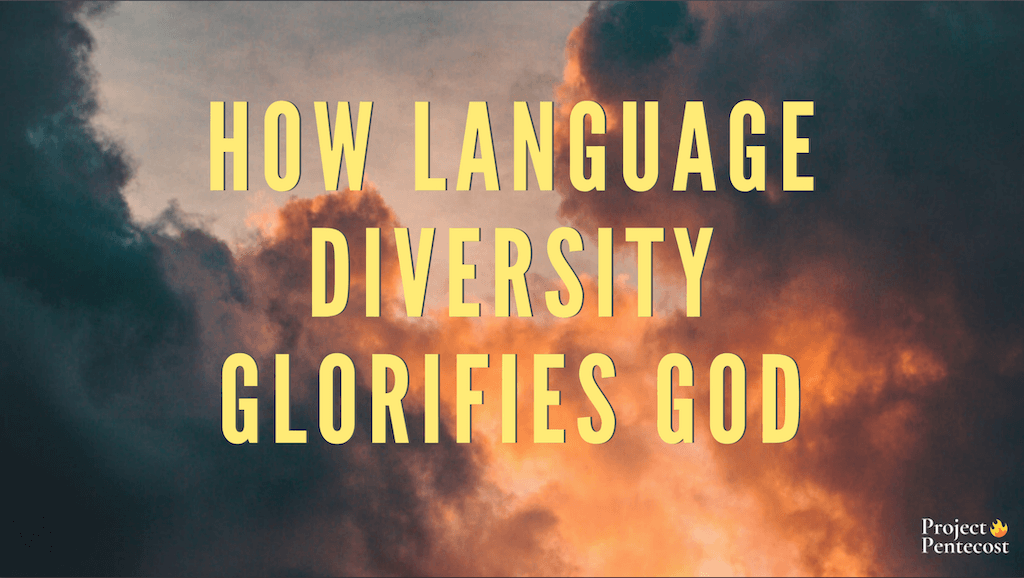 This article is adapted from a talk by Kim-Fu Lim, VP of Business Development about his passion for magnifying God’s glory through language diversity.

Churches in America are investing a significant amount of money and resources to increase diversity within their denominations. Their aim is racial reconciliation.

The same is true in corporate America and the benefits they reap go beyond racial reconciliation.  As McKinsey & Company pointed out in recent research more diverse companies are “better able to win top talent and improve their customer orientation, employee satisfaction, and decision making, and all that leads to a virtuous cycle of increasing returns.”

Globalization has opened doors for companies to expand internationally. They understand how important it is to internationalize (i18n) their businesses.  Millions of web pages are translated into multiple languages.  Customer support organizations recruit employees that speak foreign languages and the list goes on.

Suddenly, language diversity has become a “must-have” in every thriving company.  Thankfully, many churches are beginning to embrace it too.

Is it biblical? I believe it is.

Let’s look at some relevant scriptures to understand why Language Diversity is so vital to the Church.

A house of prayer for all the nations (Isaiah 56:7)

I’d like us to turn our attention to Isaiah who became a prophet in 740 BC.

This book consists of 66 chapters. The first 39 carry the message of judgment for sin to Judah, Israel, and the surrounding pagan nations. The second half of the book brings the message of forgiveness, comfort, and hope. It looks forward to the coming of the Messiah and the future kingdom.

In chapter 56:3, 6-8 (NLT) God unveiled his grand vision of this future kingdom:

“Don’t let foreigners who commit themselves to the Lord say,
‘The Lord will never let me be part of his people.’”

“I will also bless the foreigners who commit themselves to the Lord,
who serve him and love his name,
who worship him and do not desecrate the Sabbath day of rest,
and who hold fast to my covenant.

I will bring them to my holy mountain of Jerusalem
and will fill them with joy in my house of prayer.
I will accept their burnt offerings and sacrifices
because my Temple will be called a house of prayer for all nations.”

Now let’s fast forward 112 years and hear what Jeremiah has to say about the religious leaders of his day (627 BC).

The people of Judah had no fear of God.  They continued to sin even after Jeremiah’s warning of the upcoming destruction believing that God would not allow the Temple to be destroyed. They thought they were safe in Jerusalem. But in verse 8, God warned them.

“Don’t be fooled into thinking that you will never suffer because the Temple is here. It’s a lie!

Do you really think you can steal, murder, commit adultery, lie, and burn incense to Baal and all those other new gods of yours, and then come here and stand before me in my Temple and chant, “We are safe!”—only to go right back to all those evils again?

Don’t you yourselves admit that this Temple, which bears my name, has become a den of thieves? Surely I see all the evil going on there. I, the Lord, have spoken! (Jeremiah 7:8-11 NLT)

Jesus descends from the Mount of Olives towards Jerusalem, and the crowds lay their clothes on the ground to welcome him as he triumphantly enters Jerusalem. Mark recorded that by the time Jesus arrived at the Temple, it was already late afternoon. Jesus came back the following day.

He entered the Temple and began to drive out the people buying and selling animals for sacrifices. He knocked over the tables of the money changers and the chairs of those selling doves, and he stopped everyone from using the Temple as a marketplace.

Why did he do this?

Many believe that he was angry at the merchants for extorting money from the people that came to celebrate Passover. But when I carefully analyzed what he said in verse 17: “The Scriptures declare, ‘My Temple will be called a house of prayer for all nations,’ but you have turned it into a den of thieves,” I came to a different conclusion.

Jesus saw a recurring sin that both Isaiah and Jeremiah warned about centuries ago.

Now it’s not a prophet who comes to the Temple–it’s the King himself.  And he is not happy when he sees the religious leaders who rob and oppress the people, yet feel safe by hiding inside his Temple. He must drive them out.

Only after clearing the Temple, can King Jesus now declare: “My Temple will be called a house of prayer for all nations.”

I believe this is what God desires for the Church today.  He wants every church to open their doors to include all nations and to worship together, not being segregated by race or language.

BUT there is one huge barrier: the disciples do not speak foreign languages.

How does God bring language diversity when Google Translate is not yet invented?

We find the answer in Acts 2.  God knows one major barrier is language. So, when the Holy Spirit comes as recorded in verses 1-12, the disciples are given the gift of speaking foreign languages, at least 15 of them simultaneously.

On the day of Pentecost all the believers were meeting together in one place.

Suddenly, there was a sound from heaven like the roaring of a mighty windstorm, and it filled the house where they were sitting.

Then, what looked like flames or tongues of fire appeared and settled on each of them.

At that time there were devout Jews from every nation living in Jerusalem. When they heard the loud noise, everyone came running, and they were bewildered to hear their own languages being spoken by the believers.

They were completely amazed. “How can this be?” they exclaimed. “These people are all from Galilee, and yet we hear them speaking in our own native languages! Here we are—Parthians, Medes, Elamites, people from Mesopotamia, Judea, Cappadocia, Pontus, the province of Asia, Phrygia, Pamphylia, Egypt, and the areas of Libya around Cyrene, visitors from Rome (both Jews and converts to Judaism), Cretans, and Arabs. And we all hear these people speaking in our own languages about the wonderful things God has done!” They stood there amazed and perplexed. (Acts 2:1-12 NLT)

Who gets chosen to lead the way?

God not only gave the first disciples the gift of tongues, but he also called Paul, who used to persecute Christians, to take the message to the Gentiles (Acts 9:15).  Paul spoke at least four languages: Hebrew, Greek, Aramaic, and Latin. By being multilingual, the Apostle Paul was able to plant at least fourteen new churches in many parts of Asia, Greece, and even the Middle East.

While we may not be able to achieve what heaven will be like with people from 6,000 tongues worshipping together, we are one step closer each time we add a language translation to our worship services so that we can worship together rather than separated in different rooms or time.

The opportunity to glorify God through Language Diversity is limitless.

Technology such as spf.io makes sermon translation to multiple languages a breeze.  My own church Overlake Park Presbyterian Church which is located minutes from the Microsoft headquarters translates the sermon every Sunday to Spanish, Bahasa Indonesia, Korean, Traditional Chinese, Simplified Chinese, and Hindi.  And as many pastors could testify, it brings tremendous joy and energy to the life of their congregation.

Climbing this multilingual hill is not easy but the view will only get better and better because what we are delivering is a foretaste of heaven as described in Rev 7:9 “a great multitude that no one could count, from every nation, tribe, people and language, standing before the throne and before the Lamb.”

I would like to close with a moving testimony of how language diversity gives a joyous foretaste of heaven that unites people and enables them to worship together.  Thanks to the Fuller De Pree Center for funding this video titled Bahasa.

This post is part of a series for Project Pentecost, a movement of people and churches striving to reflect the diversity of God’s kingdom in churches today. Join below to get resources to help you in the journey like a free Pentecost video for use in worship, an open-licensed multilingual worship song and more. 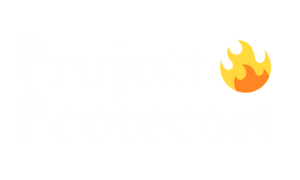 Subscribe to get updates and church resources in preparation for Pentecost. 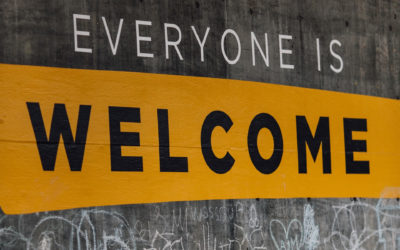 Ways to Partner With Immigrant Churches

Take a walk in just about any neighborhood in the US and you will find people from all over the world. Just as one example, my neighbors were born in Vietnam, China, Mexico, and the US. Probably your street or neighborhood has a similar variety. There is so much good...

END_OF_DOCUMENT_TOKEN_TO_BE_REPLACED 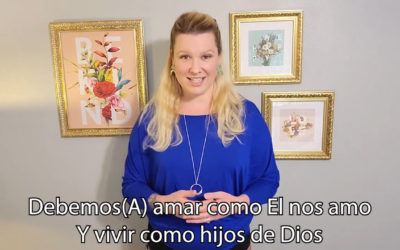 How One Church Celebrated Pentecost in the Middle of COVID-19

On Pentecost God's Spirit demonstrated that the gospel was meant for people of every language. Yet most churches are mono-cultural and use one language exclusively for all of their services.  It doesn't have to be this way. In this article we'll show you how one...

END_OF_DOCUMENT_TOKEN_TO_BE_REPLACED 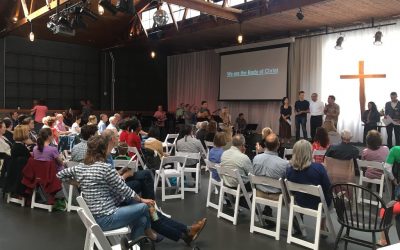 One Misconception About Translation in Churches

Transformation is hard work. And sometimes it’s the simple misconceptions that get in the way. For example, why do you think translation is important? You might say that we can’t understand and include people who speak other languages without it. Or that without it,...